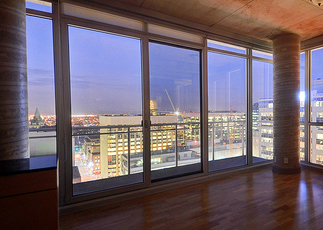 Shopping for a condo in Ottawa used to be like visiting the buffet table, there was a long line of people waiting to choose from an impressive array of choices. With condo sales softening, however, many developers now see their future in a different market.

The latest CMHC figures available from March 2016 and indicate there were 600 units for sale in Ottawa, that’s about 6 units per 10,000 people. While the unit number is down slightly from earlier reports, that is the highest ratio on record. This trend is expected to continue through 2017, says CMHC.

The softening condo market has made developers shift gears and look for new opportunities within other markets, namely an underserved rental market. While condo sales are flat, both home prices and rental rates are rising. Another favourable factor about the rental market is that a good portion of the competition, the existing rental units in Ottawa, are decades old.

Here are just a few examples of how developers and builders are going after this market with either new developments or by re-purposing current stock:

These examples demonstrate the trend that builders are changing their focus. What does this mean for our city? It means is that we have a healthy, flexible development sector that can adapt to change and market conditions, offer lots of options and contribute to a strong local economy.

And that’s good for all of us.